i can see clearly now

...now that I have glasses!

The night Astrid was born I didn't sleep one wink.  I was too busy studying every little detail, every nuance of this beautiful face that looked familiar yet brand new.  The way her full lips curled up just like her father's, a dimple in her chin like mine and her Grampy Stephen's, and the most uniquely amazing eyes I have ever seen.  A perfect rosy, round, warm, soft, tiny human being.

The windows to Astrid's soul are beautiful (and filled with mischief 99.9% of the time, which, by the way, I completely adore).
Even her pediatrician at first examination in the hospital didn't notice her eye.  Not like her Mama.  I noticed something different, something special about one of her eyes.  I noticed what we would later learn is persistent pupillary membrane (the white kite shape) on the side of her left pupil, appearing to pull the pupil toward the inside of her eye. (in fact, neither of her pupils are perfectly centered)

On day seven of her life (which seemed like a lifetime to wait) we saw a pediatric opthalmologist.  I was so worried that she would see double (once she could actually see clearly).  He assured me that since the persistent pupillary membrane was not covering her pupil there was a good chance that it would not effect her eyesight at all.  Eyesight is a forgiving sense (in the sense it doesn't necessarily matter where the pupil is located on the iris).  Of course, on day seven you can't tell a whole lot, but we have been to see him several times since then.  I always felt so much better after our appointments.  Everything was going to be ok.
When she was 1 year old we went for an appointment and he thought that she might even be able to have 20/20 vision despite the fact that the optic nerve in the left eye was a tiny bit smaller than the right.

our little darlin'
Last week, when we visited his office he took an even deeper look (since she can follow instruction and answer questions it made the process even easier.)  After dilating her eyes he found her "special" eye to be slightly farsighted and to have astigmatism causing that eye to be a litle fuzzy all the time.  He called her condition Amblyopia.  Basically her brain does not have as strong a connection as the other eye has.  He prescribed glasses for Astrid.

When I first heard the news I was sad that she had been seeing a fuzzy world.  I was sad when I thought that her glasses would cover up her amazing hazel eyes.  I was sad because I blamed myself...  I didn't let Astrid know, though.  Jeff and I wanted only a positive experience for her.  After a pep-talk from my husband and a good night's sleep I realized these emotions were ridiculous and after the initial shock wore off we got busy.

The last few days we have spent time finding the right frames.  It was fun!!!!!  We tried on tons of frames at a few different places.  Dark ones. Light ones. Thin ones. Thick ones. Frames that could be bent to fit around her ears.  Some that could not.  Fashionable ones.  Functional ones.

a little too wide, but adorable

In the end we settled on function for our two-year old.  She will bring fashion to anything she wears. 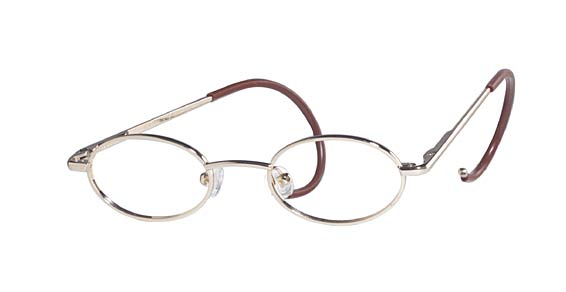 we likey very much.
More photos later this week!...once I can get her to keep them on her head for more than 2 second increments.  It seems the only time I can get her to wear them for longer periods is when we are reading books (makes sense!).
Posted by Ebeth

She looks GREAT in her new glasses. That very first picture is so very sweet. I just love knowing your sweet girl through all your beautiful pictures...