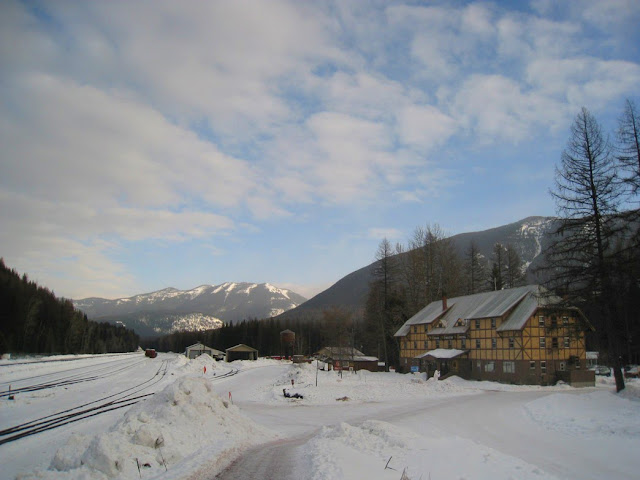 This past weekend some girlfriends and I got out of town for a Winter Knitting Retreat just outside Glacier National Park at the Izaak Walton Inn.  It was put on by Camas Creek Yarns (which, by the way, I dropped a bunch of money at on our way there...I can't believe how quick you can spend money in yarn shops!  Before I had figured it was because I had a little gal tearing the yarn off the shelves...hiding behind the cash register...messing with the yarn spinner...getting into mischief...forcing me to make split second decisions .....now, since she wasn't with me, I didn't have that excuse.)  I got set up with a couple new Addi Turbos (thanks for the recommendation, Sharon!) and some absolutely delicious natural brown yarn for an owl sweater for Astralita. 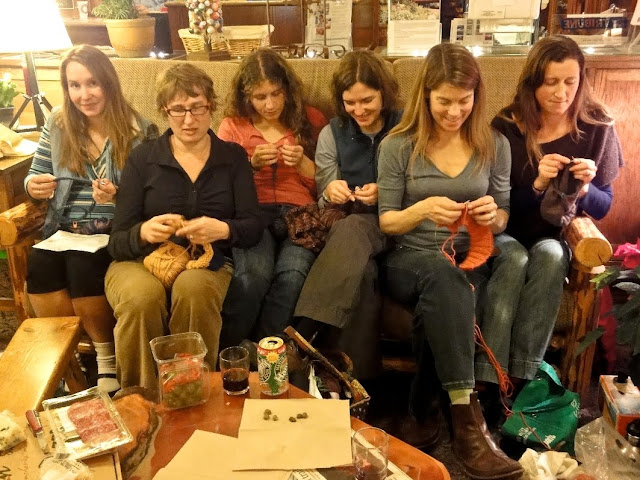 I hadn't signed up for any of the classes and hadn't really decided to go until just before we left.  But, I am so glad I went.  It is always difficult prepping to leave, and leaving Jeff and Astrid and Skag behind.  Once I get on the road I always feel better.  I also loved the fact that there was no cell phone service so they weren't attached to peoples' ears the whole time, and the only traffic that could be heard from any direction outside the hotel was train traffic.  I felt as if we'd traveled back to a simpler time.  It was incredibly peaceful.  I came home refreshed (not so well-rested I have to admit - I stayed up both nights until my eyes would no longer cooperate for my knitting project) 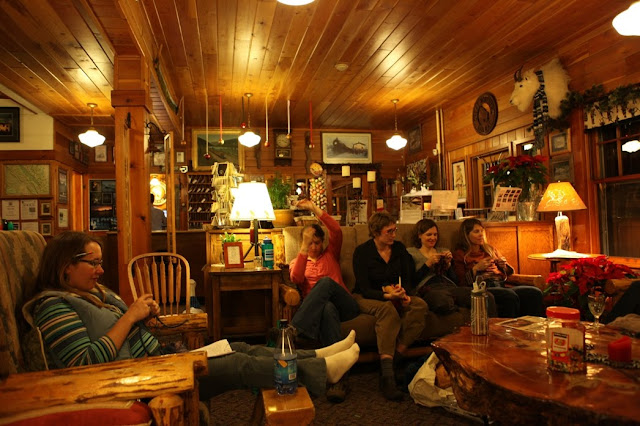 My knitting buddies: Monica, Ahnie (she was untangling yarn the entire weekend and her hands were in perpetual motion as you can see), Lisa, Sharon and Carolyn.  We were the youngest group of knitters in the bunch. 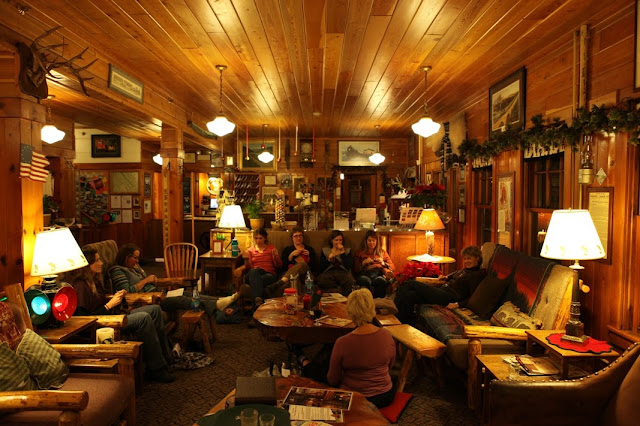 (This is where we were when we were not out on the ski trails or at a class.) 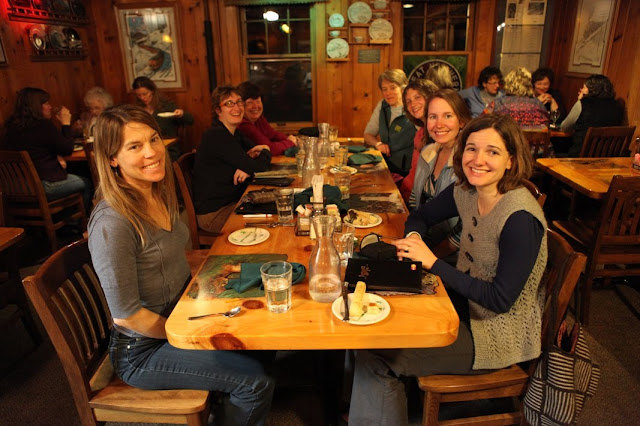 One of the big draws for me (besides the girls, and the knitting - of course) was the sking.  I really wanted to ski and Sharon (who got skate skis for Christmas from her hubby) and Monica (who has been sking for about a year on her skate skis) wanted to take a skate ski lesson.  Oh my gosh, it was so much fun!  The lesson helped me so much.  I had gone out earlier that day with Ahnie to try my luck and it was so difficult to propel myself forward.  The pointers from the instructor helped me realize that there might be more skate sking in my future since I was sort of getting in the groove.  I love the workout that skate sking gives you!  I'm sold! 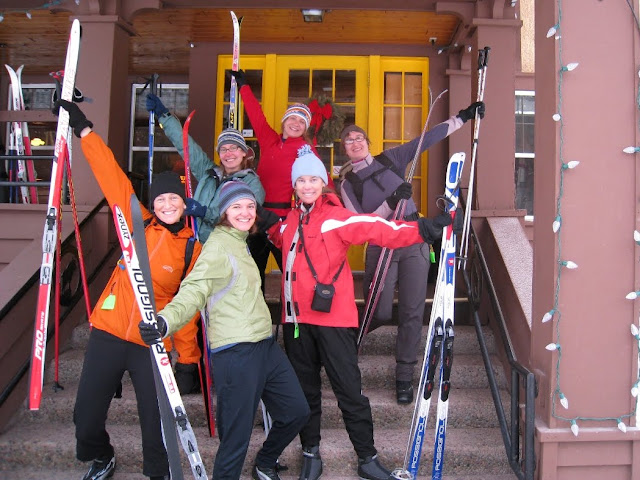 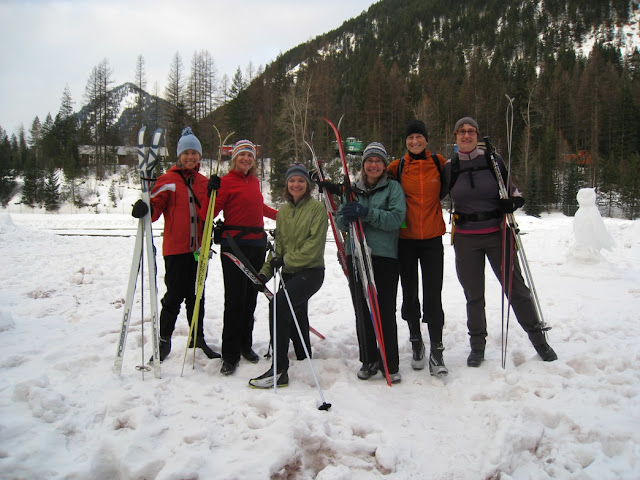 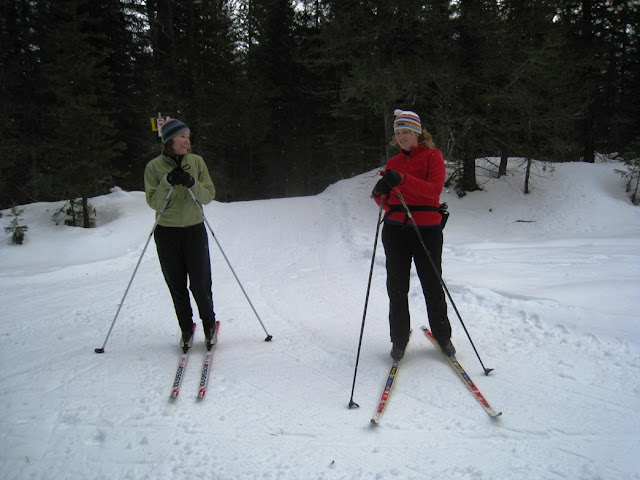 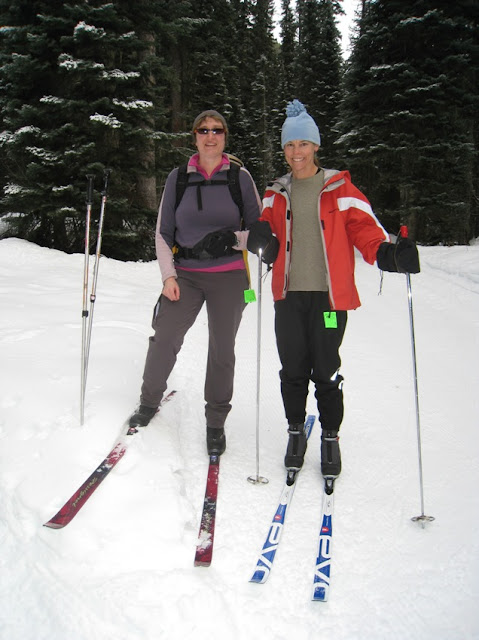 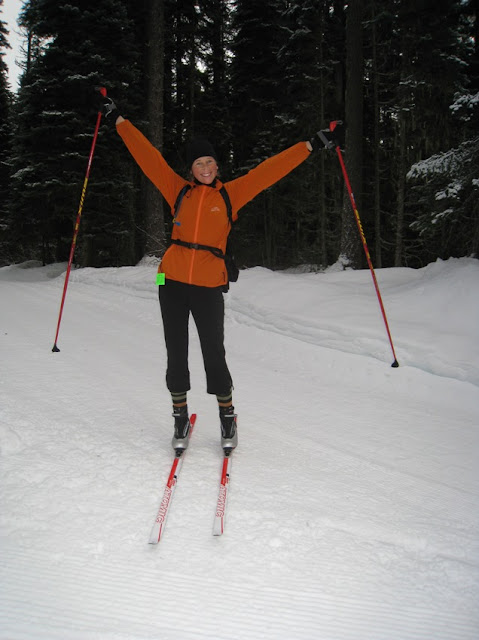 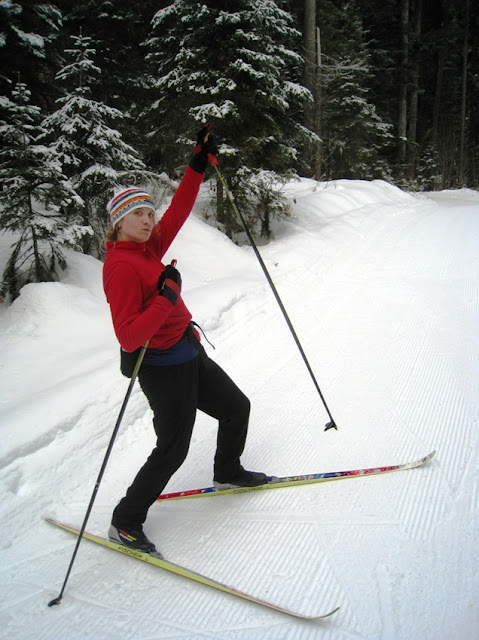 I so wish I had gotten an action shot of Monica on her skis!  She is 6 months preggers and so darn cute with her belly .  I'm completely impressed with her balance on skis, too!

I think this retreat will be on the calendar next year.

That sounds like a great trip! I am riding my Motorcycle to Glacier in July and really looking forward to the trip. Goin skiing this weekend.

Read more about Glacier at http://www.sightseeingreview.com/glaciernationalpark.php

E--I love these shots and know exactly what you mean about getting away from the sounds that mark our civilization. It's amazing what a few days away can do in terms of refreshing the spirit. I look forward to getting back together with my big group of ladies back in Maine for things like this. And your post before this one about Holli and your road trip brought back my own joy at traveling across country for six weeks with one of my best friends--Kristi. It was such a special time, almost outside of time. And I am so deeply grateful to have had that particular experience, which I will always treasure. I think I'm going to post some old photos from that time too--you're inspiring me, girl! Plus Kristi is leaving California to move to Seattle with her girlfriend at the end of February, so it's kind of a fitting tribute. I also loved what you had to say about friends that have known us for so long...