What kind of mark will I leave? 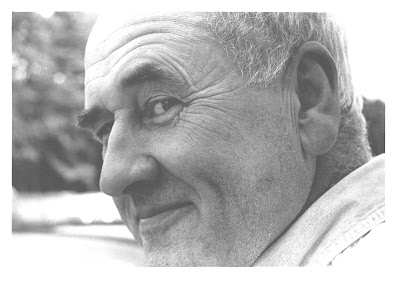 The coolest thing I ever heard my father say was less than two weeks before he died.

(I was home from Missoula, staying until I saw an improvement in Dad's health, but instead, I was there with Mom and Dad until he passed away).

It was the weekend that his sister and brother (Auntie Linda and Uncle Spencer) and their significant others (Uncle Dave and Aunt Barbara)came to Houlton to see Mom and Dad and to watch old family films together, to reminisce and spend some quality time... I sort of felt like an interloper, privy to this conversation around the dinner table one night.

Uncle David (also one of Dad's lifelong friends), knowing that Dad didn't have much longer to live, and probably wanting to talk about and bring into the open - what everyone was thinking anyway...he asked the question: "So, Stephen, did you leave your mark!?"

I saw my Dad who was very weak...at his place at the head of the table...head bowed...his plate of food barely touched... When this question was asked he lifted his head upright so quickly with a strength I can only imagine he pulled from within. He answered with conviction "Yes, four of them."

I can't remember my immediate reaction, or, thinking back, how we kept it together....I mean, how you can pull together to be anything but broken at a time the best father (husband...brother...uncle...friend, etc) in the whole world was fading away and there was nothing that anyone could do about it (not even Dad - who always seemed to know what to do). I remember his answer took my breath away, but that was the only answer that I could have imagined coming from my father. He was a family man... before he was a Plumber, before he was a Mason, before everything else, there was his family.

There is not a day that goes by that I don't think "What would Dad do" or "What would Dad think about this", "I wonder what Dad would do if he were me?" or "I bet Dad would know how to fix that." I can't count the weekends up at the lake that Jeff and I are trying to fix something and we say to each other "I bet Dad would already have this fixed by now"...and today, which would be Dad's 68th birthday, is no different. (I know we all feel this way).

Ok, now that I'm totally crying all over my keyboard, and starting to get a headache, I don't think I should continue, but I have to say, I truly understand what Dad meant about leaving his four marks (although he also left countless other kinds of marks before leaving it) now that I have a mark, too. My proudest accomplishment.

I think about this indelible impression that Dad left with me often. I appreciate this one especially since it came from Dad so automatically, so involuntarily, so genuine. 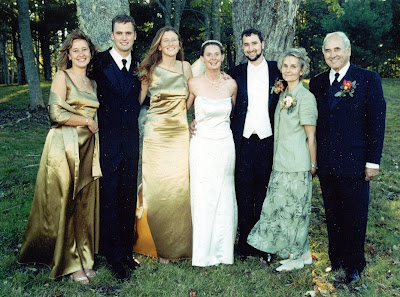 (happy times at Katie and Frank's wedding...dancing so hard we all hurt the next day!) 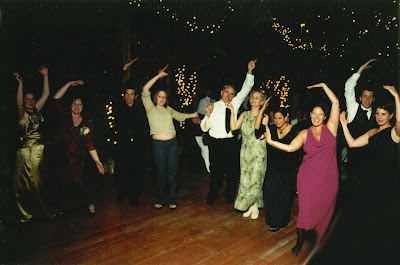 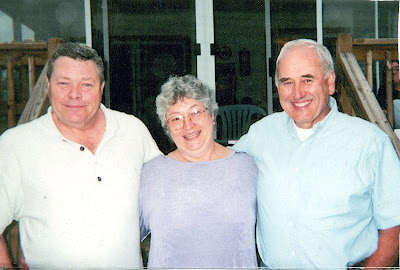 (Dad and his siblings - Spencer & Linda) 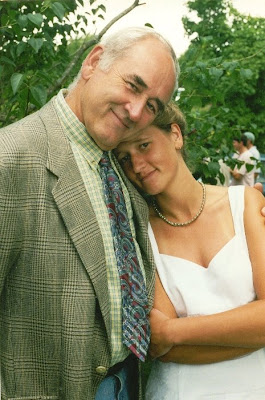 (A proud Father with his oldest "Mark" - Genevieve)
(by the way - who else could pull off this combination of patterns in a tie, shirt and jacket and look SO incredibly handsome? NO ONE ELSE - but DAD)
Posted by Ebeth
Labels: Dad

You're making me cry on my keyboard, too. I know your dad continues to be proud of you. I love you, friend!

Oh Elizabeth-I am crying too. I am still saddened by the loss of your father-such a smart, witty, handsome, capable and caring man. I am honored to have known him. This post is so beautiful-when I think about the Smith children(you and your sister and brothers), I see that your dad truly has left his mark, in such an extraordinary way. You are all such dear reflections of your father-smart, witty, beautiful, capable and caring. I have always loved your family, ever since Katie introduced me to Frank, and then one by one, I had the pleasure of meeting all of you. I am so proud of all of you and what you have overcome and accomplished. I know your father would be so full of pride at you and your beautiful daughter, your smarts, kindness and perserverance. He is looking on you. Astrid is a great additon to the great marks you have already made in your life-she is the bestest, most wonderous. I am so delighted and comforted that you have had this experience. I bumped into my dad at the store today and he annoyed me a bit-thank you so much for reminding me that I am his mark and that I should soak him up every chance I get. I am sending you a big hug!