Something set me off last weekend...waking up after a dream about Dad. He was alive and talking with me one moment although he was sick in the dream, and then gone the next. Every time I wake after dreaming about Dad I wake up crying and upset and it alters the rest of my day. In the dream he is sick, and is always gone again in the end. It is such a tease - being able to talk with him, and see him and his big smile again.

Last Saturday morning began like this. I woke up in Washington in my Mom & Dad In-Laws house... I looked over to see my little girl with the dimple in her chin just like Dad's (and mine, and David's)...and I missed him even more.

Later that night Jeff and I left Astrid with Lee and Diane and went to Jeff's class reunion at a local restaurant in Lynnwood. One of Jeff's classmates (Stacy - who happens to be about 6'3") was singing karaoke when some bikers came in looking around for someone. I noticed the tallest at probably 6'7" (most handsome fellow of the bunch) point at the singer (Stacy). While she was still singing and had the mic she noticed and introduced her brother "Kelly" to the crowd. After the song she met him and gave him a huge hug right where we were standing. Involuntarily my eyes started welling up with tears and I had to stare at the floor until I could get myself under control. For some reason it struck a cord. I pictured my brothers or my sister finding out about our class reunion and ending up where we were. (in fact, in 2002, that is just where they ended up - at the Lounge Down Under in Houlton after my 10 year reunion!)

That is what I love about my family. We are more connected than any family I know. We enjoy each other's company and think the world of each other... I can't wait to get home for Thanksgiving to finally introduce little Astrid to my siblings...and sit around the kitchen table at the Smith House and reminisce about old times...and just BE TOGETHER. Mom is the only one (from my side) who has met Astrid in person.

David, me and Franky when we were kids: 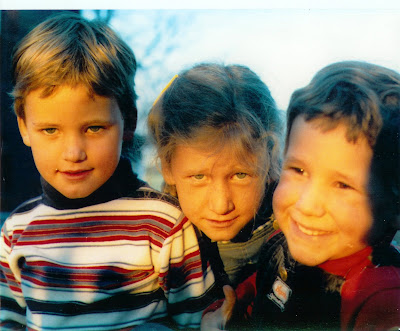 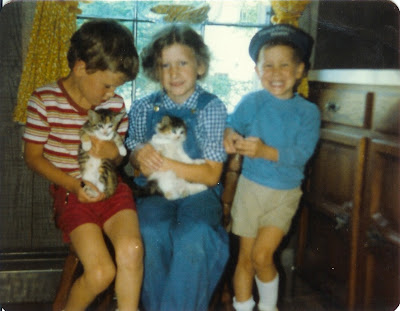 Genevieve and I in the summer of 1975 (pre David and Frank): 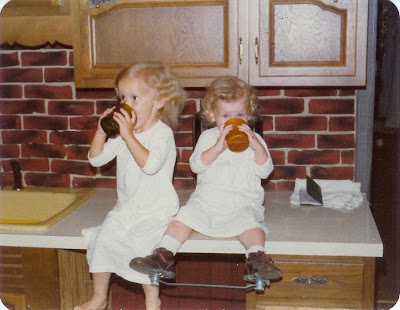 One of my favorite favorite photos of Mom and Dad...I took it one weekend I was home from College. 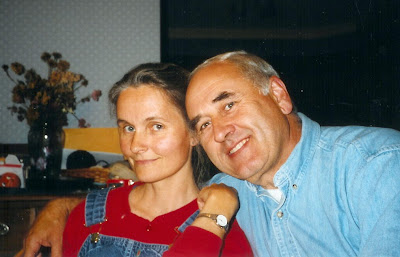 The Smith Family at Sue and Jon's wedding in June 1994. 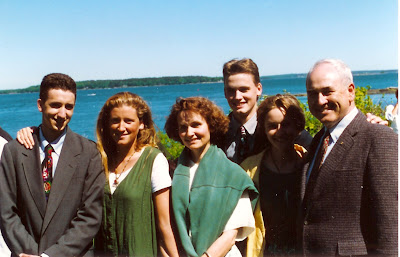 Another Smith Family photo taken while I was home (from Montana) for Christmas: 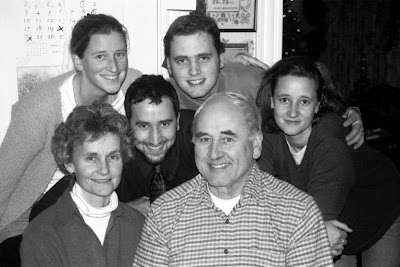 How did I luck out?

You do have a wonderful family.